Synthetic biologists have engineered a strain of E. Coli Nissle bacteria to combat hyperammonemia by secreting arginine, which sequesters extra ammonia in the gut and prevents it from reaching high levels in the blood.

This illustration, developed for Synlogic Therapeutics in collaboration with Verge Scientific Communications, shows an E. coli Nissle bacterium with a graphic representation of its modified chromosome. 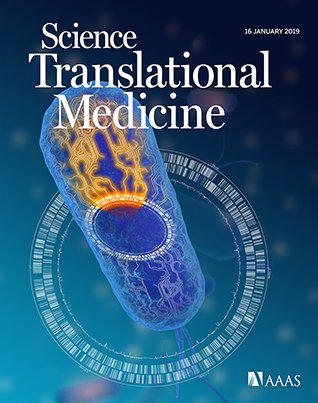 It was featured on the cover of Science Translation Medicine, alongside a paper describing Synlogic’s work.